How things change, yet still remain the same….Then and Now 🙂

To slow down.  Between jet lag and running around the past two weeks, I have also done the opposite. Slowed down.  Took my time to eat, walk, read.  It is sensational yet still quite difficult to master. I hope to practice this more often and take in everything at every moment.

That I will be reunited with my parents shortly, and that I will not have to tend to the “farm” any longer! I have learned so much about the outdoors and animals the past 3 months, I might even say I enjoyed it if you catch me at a good moment 🙂

A few more photos from when before my cousin departed…..

After my cousin Ania and her family departed (Sniffle, sniffle) , I was with my parents and aunt, uncle and cousin.  I planned on staying in the same cabin BUT it was jam-packed as is, and not one but TWO snorers…..So I was on a mission for accommodations. It was an unsuccessful night one and had to sleep next to the snoring monster….. 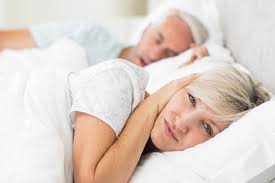 The next morning, I found accommodations about 1.5 miles from my parent’s cabin, it was perfect! It was far enough I would not be able to hear their snores…….(hahahaha)

This was our view from the cabin, of Mount Gievont (read about the tale of the sleeping giant here)  See how it looks like a sleeping giant!?!??!!

That evening I wandered around town on the famous Krupowki street. I wander in stores and markets and gathered a few things I needed. I also found a great coffee shop with Almond milk, Costa coffee 🙂  So I was pleased!

My aunt is an accomplished hiker! I was beyond impressed!

I wandered around the shops and took in the breathtaking views before meeting my mom, aunt, and cousin for a stroll through town.

Later that night, we left (at midnight) For our Prague adventure.  We booked our trip with Strama

The bus was very comfortable and our tour guide was phenomenal!  He was so kind and sweet and even fist bumped us several times!  He always made sure we were comfortable. On the trip, we received sandwiches and bottled water. We also received some chapstick!

Here is the official itinerary:

It was a 9-hour bus ride, which we all tried to sleep, but it is similar to trying to sleep on a plane….

We arrived in Prague at 9 am and began our 5-hour tour, wandering around the fairytale setting of Prague. it is such a beautiful and romantic city!

We had a few hours of light drizzle, then the downpour.

We were able to find some ponchos and remained fairly dry for the rest of our tour.  I spotted many places I wanted to visit but time was a constraint. I was able to get a feel of what I would like to visit when I return.

Charles Bridge to the left

view from the Charles Bridge

After our tour and some free time to wander, we headed back to our hotel and had dinner. Later we were to depart for a night cruise to see Prague at Night, but I opted out of it as I was barely functioning, like a walking zombie. My parents went and said it was beautiful. I am sorry I missed it but I think I made the right choice

The next morning we had early breakfast and left at 7 am for our next tour. Today was the complete opposite of the previous day. Sun and warmth.  Perfect weather for Prague. This perfect weather also brought the crowds. My beautiful Charles Bridge was barely accessible with the amount of volume on it.

We continued our tour and on our free time, my parents and I found a great little cafe and had a bite to eat.

Later we found ice cream and had to try this concoction out!

We ended our tour around 3 and piled back on the bus to return back to Zakopane. It was wonderful and beautiful but way too short for such a captivating city. I will be back 🙂

After a few hours of sleep, my cousins T & M were ready to take me on a hike!  Sleep-deprived as was, what was another 8-9 hour hike?

At the start of our hike, I tried to turn back several times. lack of sleep and balance was scaring me. Plus the constant uphill trek on rocks and boulders…..did not look good to me.  However, my cousin managed to persuade us many times to keep going forward. This would play out several more times throughout our hike.

We hiked the Czerwone Wierchy of Zakopane. This was a heavenly hike. Quite literally. We were so high up, most of the hike was in the clouds!

We started off sweaty and sticky. It was HOT, that was soon to change ….

It started to become so windy that at times, I was getting pushed over and lifted up!  I was terrified, but quickly found out that stopping only made it worse!!  Again, Cousin “T’  told us to keep pushing forward…..so we did!

My cousin pretending to get blown away…..

After our hike, we ended with a Polish beer at the bottom of our trek. It was a cute little outdoor pub on the trail!  After our beer, we had another hour or so hike, but it was all downhill…..which caused us to wobble and hobble down.

We later went to our favorite street in Zakopane for some dinner. We were starved!  Finally, we settled in for the night, rested, as we were off to Krakow the next morning!

View all posts by dpageteach00